Joy in Service: Day 16 The Gift of Forgiveness

December 16, 2011
My brother is a very good man. And an artist. And a grad student at an Ivy League University – something all of us are very proud of. We all paid our own way through college and after a long time out in the work force he’s found something he is very passionate about and is taking steps to make it happen. He also donates long hours of service year round to the people in his congregation. He really does make the world a better place.
His local newspaper wrote a short article about both his service and his artwork which is hanging at the University. It was really nice. It mentioned the mixed race of his congregation, and his marriage.
In the comment section about the article, as seems to be the usual case in newspaper comment sections, several people got really nasty. It started with bashing Mormons – no worries. It’s the one socially acceptable group to stereotype and have false ideas about. We’re used to it. What got me were the ugly personal remarks about my brother and his wife. I should have left well enough alone but I jumped in and tried to correct the false comments about our religion and defend my wonderful sister-in-law. Things got worse. I stewed. I tried to just let it go. I couldn’t even though I know full well that people believe what they choose to believe regardless of facts and there wasn’t anything I could do about it.
But after a full morning of stewing I realized there is something I can do. I can forgive. I got on-line, tried to lay out a couple more facts, then wished all the attackers peace and a Merry Christmas. No. I didn’t magically feel better – I was still simmering. Sometimes it takes a little work to truly let something go. What helped was realizing that people who spend their time attacking strangers must have very sad lives (with a heart five times too small – we’re reading the Grinch) and no peace. The other thing that helped was blasting Christmas music and singing right out loud. I love Christmas music. After that there was no more simmering.
This was just a little tiny thing. I’m lucky that I don’t have any big things. There are things that are sooooo hard to let go. But truly, forgiveness is even more of a blessing to the one who has been hurt than the one who has done wrong.
Tell me what thing, big or small, you have done to make the world a better place! 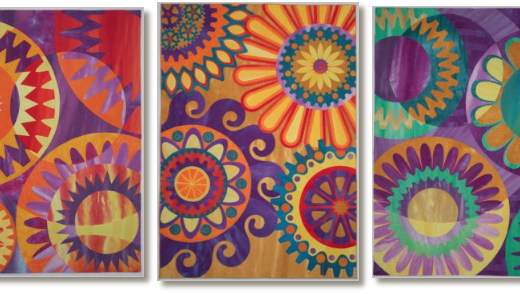 Fiberart for a Cause