Family Ties – accepted into SAQA: A Sense of Scale 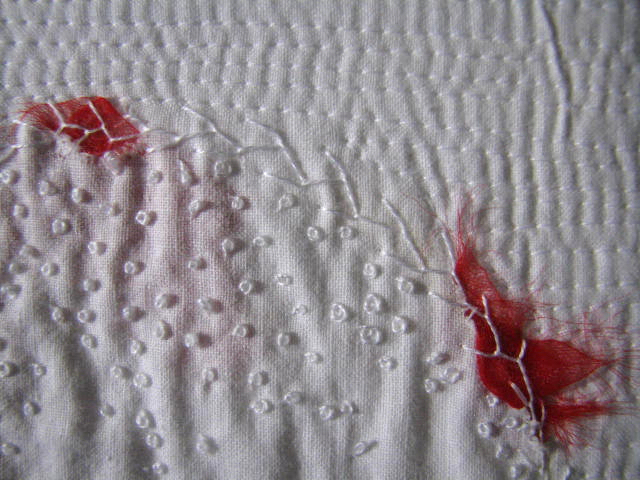 I haven’t entered many shows for the past six years or so. That happens when you have as many kids as I do. I spend much of my limited spare time teaching instead of creating. I also got a little burned out on the expense of jury fees and shipping costs. I was keeping my work “out there” and winning awards and making a few sales but only broke even with my expenses. It was  LOT of work for very little profit. No, I don’t do it for the money – but right now I’m conserving my resources, both financial and emotional/mental for other things. 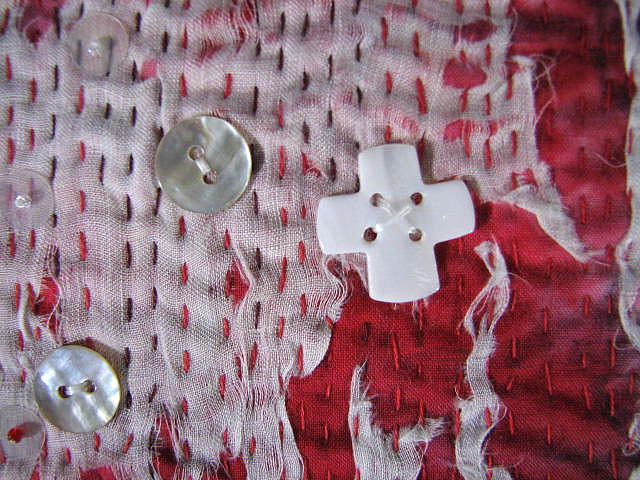 So this is the first year in a long time that I’ve entered any shows at all and most have been local fine art shows – not necessarily art quilt shows. This year I’ve entered five shows and have been rejected from every one so far. I’ve been involved in enough jury processes that rejection is not something I take personally. My finished artwork is separate from my personal identity – it’s not a comment on my self worth when it is rejected. Still – rejection is no fun. 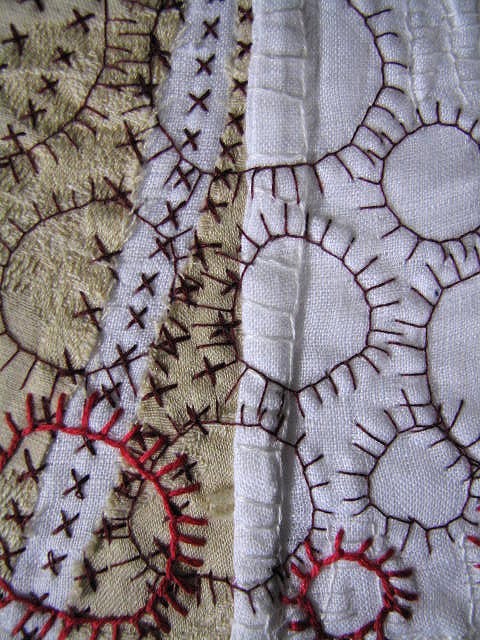 I had already received a rejection letter from “A Sense of Scale” and had forgotten that I had a third piece entered so it was a very pleasant surprise when the acceptance email came later in the day. It will be lots of fun to see it in Houston since I’ll be teaching there this year.

The Passion to Create

For Your Inspiration: Andrea Kowch