For Your Inspiration: Bibliodyssey

April 6, 2012
I’d love to introduce you to some of my favorite sources for inspirational imagery.
Bibliodyssey
This is a wonderful blog that will post illustrations from very old, very wonderful books – among other things. Clicking on an image in the blog will often (but not always) take you straight to a flickr page with all sorts of different sizes of the illustrations that are often (but not always) available for download under a creative commons license. If they do have a CCL – read it carefully and see under what conditions you may use it in your art! Often you simply need to cite your source.
One of my favorite recent posts, The Whaling Naturalist 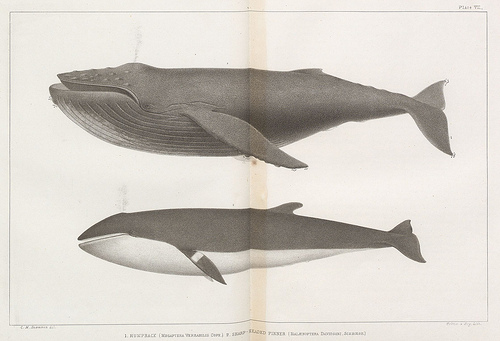 Not every image on the blog is copyright free or listed under a creative commons license. “It’s the responsibility of every individual user of an image to research and determine the rights status for each and every image. Seeing it on Bibliodyssey in no way, shape or form discharges that legal responsibility.” So make sure that you check the source for each image. This generous blogger is very conscientious about listing and linking sources, making it very easy for you to check. And – remember that international copyright laws can be different from US copyright laws.
Geometric Perspective, what’s up with the rooster? I LOVE it! 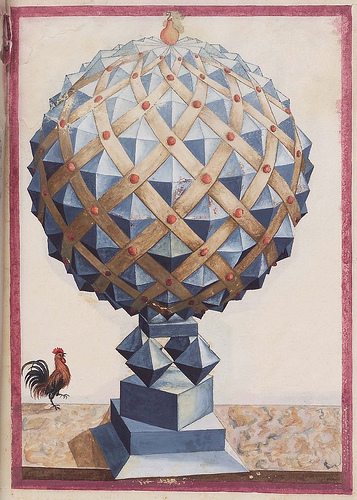