So. If you happen to get a speeding ticket …. spending a day in traffic court can be time well spent. 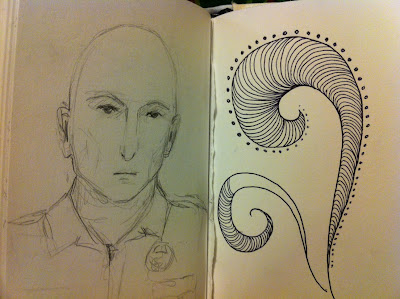 Sigh. We took the waaaaay back country roads on a way from a vacation and even though I was actually trying to stay within the speed limit (52 in a 55mph zone) I somehow missed the sign in front of the one mile stretch that was 35mph. 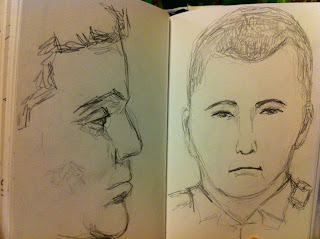 So I had my sketchbook with me and while waiting my turn I pulled out my pencil. I sat in front so all I had to draw was the lawyers and the officers. 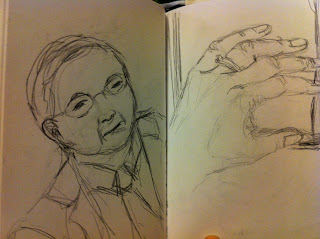 Of course – one’s hand is always there to draw. I was trying to be circumspect but one of the officers (I think it might even have been the one who pulled me over) saw me and leaned over when he walked by and told me he wanted to see it when I was done. 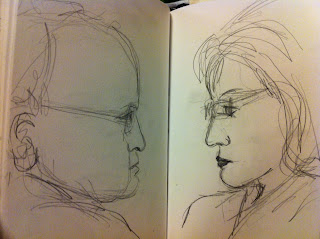 We weren’t allowed phones so I couldn’t take a picture which is too bad – the two pictures I tore out and gave to the officer and the bailiff were much better than these. I had plenty of time to work on those two and they held still the longest. The officer knew I was drawing him so I think he held still on purpose. After I gave him the drawing he told me he had told the judge to be nice to me. (He was.)

For your inspiration: clouds in Ohio