December 9, 2011
Today was a hurried scurry from one errand to the next.
As per usual I had left several things to the very last minute. 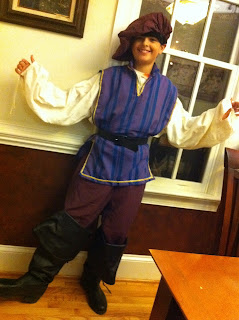 Son’s tunic for his school’s ren-fest was one of them. He’s one super excited little nobleman wearing his dad’s size 13 pirate boots. 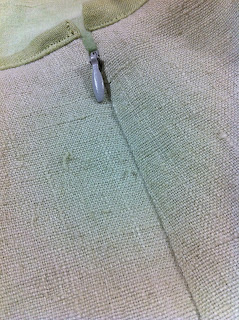 Then instead of getting started on dinner or sitting with kidlets to get homework done I decided that I really, really, really wanted to just get the last gore sewn and the zipper in on my boro project. (I’m following along with Melaine Testa’s rockstar boro project this month.)
So I did it. I haven’t sewn in an invisible zipper in several years and I must say I was rather pleased with myself.  Nice tight insertion. The seam lays flat. I was a little lazy and just zig-zagged the seam allowances to the zipper tape rather than the fancy french seams or bindings I often do.
Then I trimmed up the waist and made a binding for the waistband. I’ve even topstiched all the seams in this skirt, whether they are raw side out or in. I’ve mixed it up a bit on the skirt.
Then I held it up and turned it around.
Pause.
Look again.
I sewed the zipper and the binding inside out. 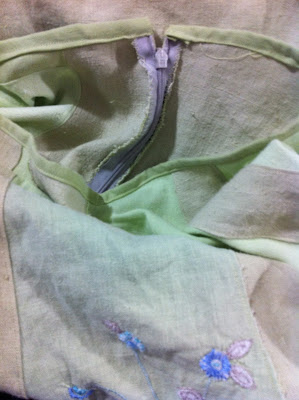 Granted, some of the seams are inside out and some outside in on this upcycled garment made from old linen shirts in my interpretation of the boro spirit. That confuses the issue a bit. But I purposefully held the skirt up, placed the zipper, looked at it carefully and distinctly told myself to make sure I do it on the correct side. And promptly proceeded to sew it inside out.
Time to go make dinner.
After dinner little miss ripper and I will get down to business while we sit next to kidlet who really does not want to do homework. Sigh. 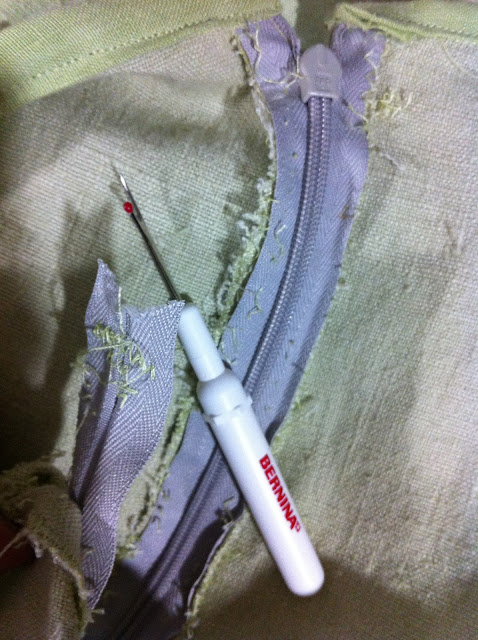 The funny part is that skirts and I have a history. Back in high school I was sewing what was one of my very favorite skirts. Grey pinwhale corduroy, ruffle at the bottom with a raised portion so that a fake lace petticoat could show through. I was talking on the phone to a boy while I sewed in the pointed yoke and waistband and zipper. I sewed it in upside down.
Twice.
In a row.

While waiting in an airport

Joy in Service: Day 8 Your Time is a Gift

Joy in Service: Day 10 The Gift of Music